“Step away from the ledge Sylvia" a friend said to me. And I did, I truly did.

Yeah, “growing up” is a shit phase.  It has not been fun at all but hey, it had to be done. My brain has been analysed by me over the years and every corner, thoroughly inspected. Sometimes, I was convinced I must clearly, be mad. In fact, I have considered many times turning myself in and saying “Look, I don’t get this world. These things happen and I don’t get it. I give up, I am done”. I have considered joining a monastery, I mean, how hard can it be to be a nun? All I have to do is pray and sleep and best of all, I never have to pay any bills. I am telling you, it has been a serious option. I have considered just disappearing, packing up and moving to a deserted Island, I die when I die.
Yeah, I didn’t do any of that. I am here.


Before I grew up, I fretted about goals not achieved, all the shit I thought I wanted to do.  I was constantly on the ledge. Always about to dive into one anxiety or the other. Constantly worried about myself. “What are you going to do Sylvia? How will you cope in this world? You are clearly not equipped to handle this, you will fuck up, as usual”
Ah! But you see, over the years I found out I was not as fragile as I thought I was. Turns out I am quite a strong person. Looking back over my life, now lived half way, I am impressed by my survival skills. “So this is you Sylvia? I ask myself.

I am still stumbling through life and what can I tell you? Every day that begins surely must end. And yes, as cliché as it sounds, one has to take each day as it comes. Do what you have to do today and tomorrow is another day. It works for me.
So who am I at 40? I am a strong woman. Made many mistakes, forgave myself and just kept on going and will keep on until you all hear I am in an asylum or monastery J.

The trip back from London was uneventful, except at the customs in Sweden. The black custom officer looked at my passport, did a double take and asked me in Igbo. "Are you Igbo?" For some reason, the question in Igbo confused me as my brain had switched back to Swedish. I said in Igbo, "Odinma" which means "I am fine". Then my brain decided to switch to English "Yes, I am". He looks again at me, confused. Now he spoke to me in English "both your parents or just one?". "Just my father", I replied. "And you are born in Lagos?" he asked. "Yes", I said. He switched back to Igbo, "Welcome home", he said.  This time, my brain was on track "Daalu" (thank you) I replied. This pleased him to no end, and he smiled happily back at me. The fact that an Igbo man had just told me "welcome home" in a country that we both had adopted was not strange or foriegn. He said it with the same ease as he would perhaps had said it if we had met in the customs in Lagos. C'est la vie.

Let me go ahead and exhale....


A peaceful life, that is all I hope and wish for.

You just go ahead and move on...

And let me exhale.

The night was heavy. I dreamt of being attacked by a dog and the strangers who I seemed to know, did not help me. “The dog has tasted blood” I said…but those people, the strangers, were far away.


It was 2:00 am, it was still, quiet, dark, the night. My enemy. I should not have eaten that bowl of noodles, I thought. I was always hungry at nights but I knew it was not hunger. It was anxiety, fear, disappointment, loneliness, everything else but hunger.


The lady on the TV said her son had been as sour as vinegar until he married his "online someone". It was not really love but at least he was not alone anymore. He had her and she had him, the mother nodded wisely.


Was that what it all came down to then? Someone to dilute the vinegar?


When the alarm rang by 6:05, I knew I was done for. My eyes were red and puffy. The bathroom seemed like a hundred miles away. I dragged myself with invisible iron chains on my feet.


I was late as usual to the meeting. Someone else was late too, which made my conscience lighter.


I sat by my desk and looked at the time.

Oh how you laughed last night

“Why are you laughing?”

But you wouldn’t say
Were you thinking of me?

Were you thinking of us?

Were we so funny?

Finding the courage to be themselves

Jumping over hurdles of fear

Only to get to the finished line

And find that the hurdles were never there anyway

Oh how you laughed last night!

It is weird the ways we are reminded of who we are. You can lose yourself for hours, days and then in a moment you know exactly who you are. That’s what a pot of stew can do to you. I cut the tomatoes, paprika, onions, habanero peppers and put them in the oven. My home was soon filled with the scent of the past and present. The meat boiled in curry and thyme, the aroma filling my soul and heart. Mixed and blended, the stew bubbled away on the stove. In the morning, there were containers to fill, containers to freeze, red stains to be wiped away and windows to be opened. You can’t get too far away from yourself if you can cook a pot of stew. The familiarity gives a certain kind of security, security in an identity often questioned by others. No, I don’t know if I am more black or white, more African or more European, more religious or more spiritual, more this or more that. I only know how I feel when I cook a pot of stew. That my ancestors, white and black, are nodding their heads with contentment, smiling at me, paprika and habanero, yes, that’s what I am.
Posted by Waffarian at Friday, September 15, 2017 2 comments:


Thank you all for sharing my life with me.

Thank you for friendships formed. 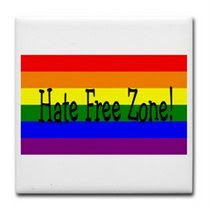