For times come and go.

And I am lost.

The clock calls me back

Perhaps tomorrow you will be here again.

I decided at the last minute to go to the gym. I hastily packed my bags and as I put my ear phones on, I felt good, like I was doing something that deserved applause if I had an audience. Half way on the journey, I suddenly remember that I had not taken any underwear with me. The worst thing in life is wearing sweaty underwear or socks after you have had a relaxing time in the sauna and showers. God forbid bad thing. H&M is never too far away and I decide to stop and buy a pair.

I buy the underwear and remember that there was actually a short way to get to the gym from that shopping mall. I could go out through another entrance instead of going back down and through the tunnel.

As I walk towards the door, I see a familiar face, its a lady I used to know from a meditation center. Her mother was a regular at the meditation center as well and she would often come with her to meditate. Last time I saw her she was heavily pregnant but now here she was, looking extremely exhausted but pushing a stroller with a baby in it. At first I don't recognize the woman beside her, but as I hug the lady, I see that the woman beside her is her mother, except now with very short hair and looking very different. It looked like she had aged twenty years. I hug her too and I touch her hair and say,

"Oh wow, you cut your hair" I said

"Oh...you have not seen this? I have cancer, its just growing out again" she replied

The last time I saw either of them was last winter. I had volunteered to help out with a meditation retreat because they were short of people. I was not a member and neither was I very active in  the center, I was simply one of those people that appeared and disappeared at will. Depending on who you talk to at the center, some would say I have been there for years and some might have never met me. I had worked then with the lady and her mother, helping the participants, cleaning and making sure the retreat was working smoothly. I don't even remember how we said goodbye when the whole thing was over.

All these thoughts flashed through my mind as she said those words.

I must have looked totally shocked because then she said,

"You don't need to look so devastated" she said with a bit of irritation or anger in her voice, I wasn't sure which but I understood that she did not want me to offer any kind of "oh I am so sorry"

"Yes of course" I say

"Not next week because we are going to the country side but after that" the mother says, again, I sense anger or something...something that was never there before last winter.

I hugged them both and attempted to behave normally which was what she wanted, I guess. I did not say "I am so sorry" but I tried to say it with my hug and I hope she understood.

When I got to the gym, it was packed filled with people.


The music started and jumping up and down, I imagined her looking in and seeing me doing these ridiculous steps.

Yeah, I did my steps, I jumped up and down and I even sang along to "la la love"

Posted by Waffarian at Thursday, December 19, 2013 No comments:

I will see again. 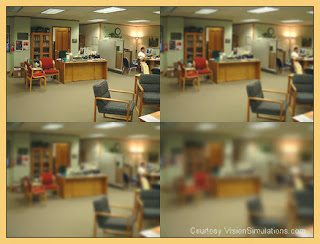 I don't know why we are both giggling. There is nothing to giggle about. This is a serious situation. This might be the end of a journey of almost two years. But that is just one of those moments when all of a sudden, you are connecting with another human being.

"Walk around here now, can you see?" she asked

"Yes, I can, I can see everything"

and now we are giggling again. There is some kind of laughter coming on, and we both recognise that its going to be one of those hysterical laughters that can't be stopped.

"So is this the one then? Have we found it?" I ask, still in a state of giggles

"I think we have" she replied.

Everything else we do after that is done with smiles and giggles.

"I know" I reply, laughing

"Next year, a new grip" she says

We dont know how to say goodbye. Are we going to hug?

I look at her and say "I know I am laughing but seriously, thank you"

I put my hand on her arm and she holds it there for a moment.

And then we both start laughing again.

"Merry Christmas" I say and I walk out of the clinic before I start laughing again.

From next year, I will see again.

My mind is wide open.

I see you everywhere I go
You are standing
You are smiling at me
You are walking towards me
I am waiting patiently for you
But you are not here
I am only creating imaginary pictures in my head
The truth is I miss you so much
Someone loves you
I am always thinking about you.
Posted by Waffarian at Thursday, December 12, 2013 1 comment:

A million reasons to leave...

You did a good job,

Fucking up everything that came your way.

Did you ever face it?

That hole was not fun anymore was it?

"I don't want to be here anymore"

The cocoon, your only friend,